I’m grateful for friends, family and new technology. My nephew Derek’s exoskeleton is an example of one life-changing innovation.

A great way to explain social media channels and differences! 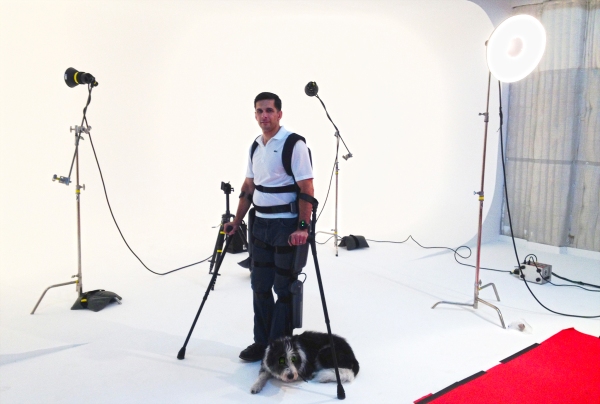 This is my nephew Derek Herrera – a Marine, he was shot in Afghanistan a year ago and was in a wheelchair – but now he has this exoskeleton which allows him to walk!

“I was offered the opportunity to model the Argo ReWalk Exo-Skeleton for a major publication, to which they were named one of the Ten Best Innovations of 2013,” he said. “Hopefully you will see it published in the next month or so. The photographers were pleased with my modeling skills, but, as always, Shaggy stole the show. At the end of the shoot they suggested I talk to a dog agent to get Shaggy some more gigs. He performed admirably, but got very scared of the incredibly bright flash they were using and refused to shoot any more pictures after the first volley of flashes.”